15 and working that CV

As part of a wider CIPR initative, I spent yesterday in a London secondary school helping students with their interview skills. 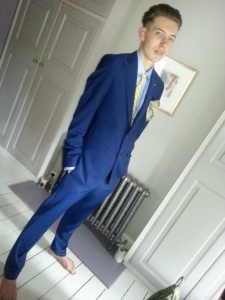 are kids supposed to look this good in a suit?

I was blown away (almost disturbed) by how ‘on it’ some of my ‘candidates’ were: rocking up in business dress, with a firm handshake, beautifully presented CVs, charming covering letters, chatting away with confidence about their career aspirations and extra-curricular achievements, including, mentoring, team coaching and fundraising. And of course they followed up with a great email afterwards. BUT they were only 15!

When I was 15 I’m sure CVs hadn’t been created then and all I could mumble about was The Clash, The Cure and Siouxsie and The Banshees. My extra-curricular activities comprised entirely of locking myself away in my bedroom to listen to John Peel, write angsty poetry and draw dead-looking people. If sat on, I’d say I might write a column for Face Magazine when I grew up, but that was like, ages away, right? (or as it turned out never).

So while yesterday I was dazzled by the students that made Hermione Granger look rather shabby and ill-prepared for life’s eventualities, I did feel  a common bond with those students who were a bit more ‘Ron Weasley’ in their approach and were a little less thunk through.

But actually the reality is being career-aware at such a young age is probably a necessity now. Latest stats show just under million young people are registered unemployed, that’s around 20% with 56 applicants chasing every graduate job.

In response to these long term depressing stats (at one point it was 89 grads chasing every opportunity) we’ve invented a whole new layer of employment culture (much like serums have been surreptitiously slipped into my skin care regime) with most young people recognising they needed to serve possibly several (often unpaid) internships now. Recent research from the PRCA showed that 81% of those questions had done one – three internships, before landing a ‘real job’.

One of my ‘real jobs’ is finding such internships, in media, PR and public affairs for The USC Annenberg. I’ve been doing it for three years now and even with 50+ placements under my belt, it’s extraordinarily difficult. This time round it took six months of talking to more than 100 companies just to secure 15 unpaid summer internships. It’s really tough out there for young people, so if you can help them, please do!

We had the best of it, no career pressures when we were young and serums now we are old.

This post is brief as it is in fact just a shameless plug to say, now it’s official, we exist! 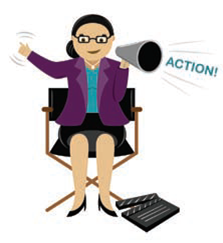 In going live we now have a home for our recently formed small collective of senior comms freelancers, to demonstate their love of B2B technology and our honed range of skill sets, PR, AR, social, content and design.

It’s been nearly two and a half years now since I turned freelance so the collective feels like a natural evolution for me. It’s going to be great for our clients who might be looking for a more robust comms solution than a lone freelancer but who don’t have the appetite nor the budget for the full blown agency commitment, and great for us as we get to collaborate, support and inspire each other while delivering to our strengths. We’re going to be sharing the work the responsibility the money and the love!

It’s taken us forever to get the site together least that’s how it feels to a girl who goes long on ‘genius’ ideas and falls short on patience. But we are live now and despite the fact I’ve been immortalized in Ugg boots, I could not be more proud…