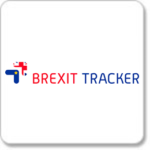 In 2017 we began our work with UK start-up Brexit Tracker, a digital dashboard that analyses more than 1000 lines of economic data to help UK companies to best prepare for Brexit.

By raising founder Ben Martin’s profile and highlighting his expertise through a series of thought leadership pieces based on economic data, Ben is now seen as a go-to commentator on Brexit and how it affects industry. He has appeared in a number of national and business publications including The Guardian, The Independent and Financial Director Magazine as well as Bloomberg Radio and CGTN TV appearances.

Ben Martin, Founder, Brexit Tracker: “What I like about working with Lianne and the team is that they are really proactive and they have a great network of business media contacts. Over time they have created some top notch opportunities for us to connect with the right journalists and get our name out there.”