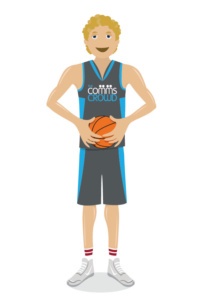 They used to say behind every great man stands a strong woman and maybe behind every strong(ish) woman lurks a laid-back kid practising jump shots. So pleased to  introduce the longest serving member of our team, Sam’s son Elliot Howard.

It’s fair to say Elliot’s taking the scenic route on his PR journey. After a lifetime of hanging round PR teams, he is still quite content to keep his own modest contribution to the odd spot of research, compiling the digital coverage books and updating the website. He chooses instead to preserve his obviously inherited intelligence for poring over vast philosophical tomes, which he does full-time at the University of St Andrews.

He took the proverbial gap year, travelling solo across Eastern Europe, Northern India and Central Africa, where despite the evident warmth of the people, Sam was convinced he should have taken more vests.