Newest Comms Crowd recruit and PR Pro, Lianne Robinson, looks at how the brave and the bold can get the better of Brexit. 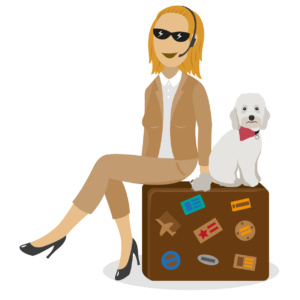 Any economic event brings with it a period of uncertainty. We saw it back in 2008 when the market crashed and we are seeing it again now courtesy of Brexit.

When situations like this happen, it’s tempting for a company to crawl under a rock and keep quiet. But, at a time when staff, clients and other stakeholders are looking for answers, it’s imperative to have a voice and adopt an honest and open communications strategy. Doing this not only helps to protect its reputation but it also reduces the risk of a negative fallout later down the line.

In 2006, I landed a job in property PR. Back then it was one of the most exciting and fastest moving sectors in which to work. The industry was booming and companies were reporting significant growth and opportunity across the board. Then at the turn of 2008 the recession hit and disaster struck.

In those dark early days of fear, the companies who realised that the situation could yield opportunity had to react fast and work closely with their PR teams to reassure their stakeholders. In such volatile markets, it became vital for businesses to be much more visible, open and out there promoting the positives. There was a real need for company spokespeople to provide shareholders with a degree of confidence that action was being taken and businesses needed advice on how best to proceed.

It is widely noted that the Brexit result came as quite a shock to many. But companies across the country would have spent months, even years, planning for the possible outcomes of the EU Referendum and discussing their business strategy. Most businesses will have a game plan to put into action and now is the time to engage with key stakeholders on the significance of the decision and what it means for the business.

When markets become nervous, it is important to be a voice of reassurance, emulating a sense of calm and trust in order to bring people with you and protect the reputation of the business. Companies who think carefully about the issues and position themselves with care, have a real opportunity to use recent events to help build their profile and garner support. There is a lot to be said for those who are among the first out there providing guidance and confidence.

With something like Brexit when the outcome as a surprise to many, it is difficult to know what the right thing to say is and easy to let other put their head above the parapet to offer their opinion. When no one knows the most appropriate thing to say, only the brave and the bold are prepared to go on the record.

Right now there is much speculation around the future of the United Kingdom might and there are no ‘right’ answers. And while it’s true that yesterday’s news is no longer today’s chip wrappers as the growth of online and digital means that what you say is here to stay: offering a level of insight can pay dividends for the sake of supporting your stakeholders and the continuity of your business as much as anything else.