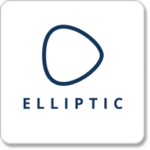 The young firm is widely recognised as the global standard for crypto-forensics. Its software identifies illicit activity on the Bitcoin blockchain and provides actionable intelligence to financial institutions and law enforcement agencies.

When we first began working together, Bitcoin was not the global phenomenon nor household name it is today and was barely discussed in mainstream media. However, our task was to get this small firm with its highly advanced technology the recognition and kudos it deserved among the banking, technology, trade and business press.

Tom Robinson, co-founder and COO, Elliptic: “When we first engaged Sam and her team we’d hardly done any PR but we wanted to raise our profile outside the digital currency world to support our ambitious growth strategy. Sam understood exactly what was needed and worked tirelessly to get the most from each and every opportunity that came our way. We’re delighted that in a few short years, Elliptic has become internationally recognised alongside the biggest names in financial services.”

We had to knock on a fair few doors but, over time, through intelligent media outreach Elliptic became the go-to commentator for Bitcoin investigative and AML stories and went on to be featured in:

In addition Elliptic has received a cabinet-full of well-deserved awards and accolades, including:

The firm went on to secure $5million in Series A funding in 2016.