Throughout her career, Sam Howard has always maintained that providing PR for fintech companies isn’t rocket science, however it is a bit tricky. Not only are you, the PR, the only person in the brain-chain without a PhD or three, which can leave you feeling perma-insecure; but also ‘tis hard to tell good stories if there are no good stories to tell. 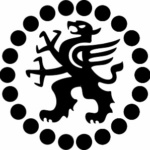 Listening banks are great but talking ones are my favourite

Actually no news isn’t good news – but owing to the nature of the deals, it is not unusual for a small or a start-up fintech company to have just a few client signing announcements a year and those signings usually fall into three categories:

Over the years, working for a fintech start-up, then a fintech multi-national and then a fintech PR agency, these are the tactics I have seen work. It’s a bit of a team effort:

What if you hit an absolute  wall and can’t get the bank to talk no way no how?

Rather than issuing a no name press release, which somewhat reeks of desperation, consider going down the analyst relations route where your client can freely talk about the project and its successes to the industry analysts under the comfort of NDA.