The merits of a grounded CV 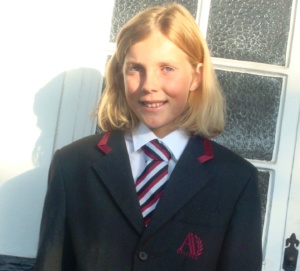 I bring a wealth of leadership experience and I can tie my own tie.

PRs invented hype, they don’t need to read it in your CV.

When I was in LA, I fell into conversation with a stranger who by way of asking me the New York question, “So, what do you do?” instead asked, “So, are you an artist?”

Isn’t that great? His take was to assume I was somebody until I proved I wasn’t. How very LA. Here I think it’s safer to assume the opposite, especially in PR.

PRs by nature have to be among the most cynical, of course they don’t believe the hype – they wrote it. So maybe a more grounded approach to your PR CV might cut through the traffic.I read about an experiment ages ago, two identical CVs were circulated. The only difference being that one CV had a flaw, can’t remember what the flaw was now, maybe the person had been fired out of a job or something. Anyway the result was startling; the CV with the flaw was called up for way more interviews than its perfect counterpart. Reasons being:

To me a strong CV, like any good narrative ‘shows’ not ‘tells’. I read a LinkedIn profile the other day that began, ‘I am an exceptionally talented leader…” I can’t tell you any more I hit the back button.

God-like statements of self-belief are great for The Apprentice but seem to resonate less well when the cameras aren’t running.  I mean for all your fabulous attributes, clearly humility isn’t in your chemical mix. Besides you sound like a knob and who wants to work with one of those?

Author, broadcaster and businesswoman, Muriel Grey at the beginning of her career in fashion was advised, “You’ll have to embroider your CV.”

Her response was, “But that will take ages!”

Indeed, but at least it would have been more compelling than your standard puff piece that so many feel compelled to write.