Going for goals is great, but investing in experience is not to be sniffed at. Fast track, meandering, or blind leaps of faith, which career path is the one for you? 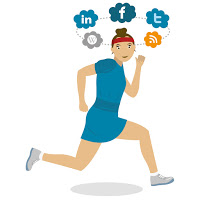 tortoise or hare which approach is best? depends heavily on if your a tortoise or a hare I guess

When I was a child in the 70’s, I had one ambition, to be on The Michael Parkinson Show. I saw myself, sitting in that chair regaling Michael with my stories, taking the occasional sip of water allowing for the audience laughter to die down, as Michael crinkled his twinkly eyes in appreciation of my charm and self depreciating wit.Why I would be on Michael Parkinson in the first place, I was less sure. All my little friends at that time wanted to be ballerinas, since I wasn’t even little, let alone attending dance classes, I wasn’t sure that was my ticket. A vet? I had a love of all things furry and school was easy. But would Michael want to talk to a vet? Didn’t James Herriot have the celebrity vet market all sewn up? An artist then? I was ever so arty by nature, my father despaired of me. But wouldn’t I only be interview-worthy after I was dead? Or at least on a nodding acquaintance with heroin? Seemed like a high price to pay. A model, then, I was long enough and who knew what I might look like once I got rid of the brace, the glasses, the knock knees? Even at my tender age, it seemed like a bit of an outside bet…

As it was, I tumbled through my education and my career. Sometimes landing on the balls of my feet like a magician’s assistant with a wide, star-struck smile, making the most of the opportunities that came my way. Other times I landed on my backside accompanied by my own howls of dismay as I blundered my way through roles that were clearly designed with someone/anyone else in mind. By the time I’d ‘arrived’in the world of comms, Michael had left the building.

But now bright young things have a Masters in PR by the time they are 24, they already know their preferred sector, and whether to go agency of in-house. Many have immovable career markers to hit every couple of years that usually include being an account director before they are 27 and they work with an unholy commitment to make sure that is so. Having worked with a number of such focused individuals I can testify that they share a drive which is genuine. They are still prepared to work hard from the bottom up, but in a very straight line. No tangential wondering for this next generation communicators.

Not that I can complain really, having an open, ‘how hard can it be?’ attitude to my career fared me well enough, I took the scenic route leaving home when i was 17,  finding a live in job as a nanny, then answering an add in the classifieds to wrap presents all day, which lead to being a merchandiser,  which lead to an exec training scheme which lead to retail management in a very posh shop, which lead to becoming a flower buyer, and then a hamper buyer. Then I took some time off and became a market stall holder and a volunteer. Then I ran out of money and went into project management which evolved into PR – my forever role.

In PR the pace is fast and the situation changes every day, which matches my attention span perfectly. It appears that I thrive on change. The subject matter ( B2B tech/financial services) is challenging and difficult, the people are whip smart and grounded, the projects demand strategic thinking and creative implementation. I fared well, ended up fronting a big PR division in London and New York, lots of clients, big team, lots of money, fancy job title. So yes I got’ there’ in the end. Meanwhile a friend and a straight shooter kind guys having hit all his career markers through to his mid 30’s, then chucked the whole lot in to go and be a janitor in an ashram.

I reckon we’d both have Michael wiping away the tears from his mirthful eyes.