Piggybacking on the headlines

PR Pro, Debbie Smith looks at how to ‘ride’ a current news story to raise your client’s profile… 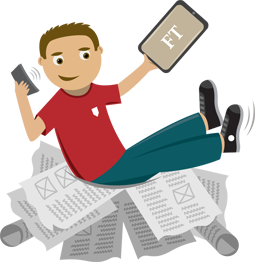 When you choose to work in B2B technology PR, most of your career is spent pitching to trade press and freelance journalists who specialise in the same area. Unless you’re working for a megabrand such as Microsoft or IBM, you’re not going to have many opportunities to pitch to the national press.

OK, let’s rephrase that – nothing’s stopping you pitching to them, but you’re unlikely to get much response unless your client’s invented a computer processor that isn’t based on silicon or found a solution to climate change. However, there’s a useful tool to add to your PR kit bag: link your story to something that’s already making the headlines, and your client suddenly becomes relevant to mainstream media.Critical to success are speed and relevance. The link has to be genuine, and you need to act fast. If you’ve spotted the link, you can be sure that another PR will have done so too. But if you get it right, you open up a whole new conversation for your client. Here’s how we made it work for Comms Crowd client, Elliptic.

Elliptic specialises in security and analytics for the blockchain. The firm was the founding member of the UK Digital Currency Association (UKDCA), and in this role provided input to a Government consultation on digital currencies. Earlier this year we thought the results of that consultation might be announced as part of the Budget a couple of days’ hence. This was an ideal opportunity to link Elliptic to a topic which would be given extensive coverage in the print media and online as journalists analysed every last detail of the Chancellor’s speech – assuming of course that digital currencies were included.

So we wrote a short alert to let key media know about the potential announcement and outline why Elliptic could provide expert comment. The following day we listened carefully to the Chancellor’s Budget speech – but no mention of digital currency. However, an online search led to the supporting papers for the Budget and there it was – the Government’s recommendations on how it proposed to make the UK a world leader in digital currency. We quickly followed up with our key media, providing a link to the announcement and offering comment.

The results exceeded all our expectations – interviews with the FT and the Guardian and several requests for written comment, resulting in 15 items of coverage including City AM, the Independent and the Wall Street Journal. Our client was delighted and so were we.

Opportunities like this don’t come around very often. It’s important to be aware of what’s making the headlines, think creatively and look for new and unusual ways in which you can link your client to a story. It may be straightforward, such as when a former colleague was working on a campaign against workplace bullying for a leading trade union and bullying in the Celebrity Big Brother house hit the headlines. A few media calls later and the client was on Sky News explaining what an individual should do if he or she was being bullied. But even if it’s a more tangential link, remember that journalists have pages to fill every day and may be looking for a different angle to keep the story alive. Why shouldn’t you be the one to provide it?