PR pro Debbie Smith looks at the evidence as she considers whether the four day working week is a realistic goal. Could it give regional agencies an edge when it comes to recruitment? 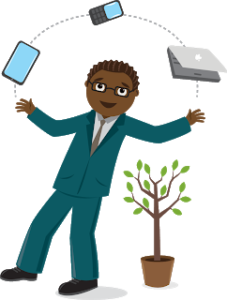 We’re currently seeing conflicting reports about optimum working hours hit the headlines. On one side of the divide are companies who’ve successfully introduced a four day working week, and those who are trying (and in some cases failing) to implement unlimited holiday. On the other is the head of Chinese internet giant Alibaba advocating 12 hour days, six days a week for those who want to be successful. It’s apparently a well-known trend in China, where it’s known as 996 (i.e. working 9am-9pm, six days a week) and is common in the country’s rapidly growing tech industry.

Why is this relevant to PRs? Because our sector is at the forefront of the struggle to find the right balance between work and personal time – and that’s not the just the always-on culture where we check our work messages all the time, but actual working hours at our desk/laptop.

In November 2018 PR Week reported research showing that 27% of PRs are working overtime on a daily basis, more than double the proportion (12%) of the average British worker. Apparently the average UK PR practitioner will work two full days (15 hours) every month on top of their scheduled hours – 24 days’ unpaid work a year. And that includes freelancers – we’re joint second in the overtime stakes, alongside agency group account directors but not quite as bad as agency CEOs and owners. This is having a serious impact on staff well-being.

Fortunately, alternatives are now emerging in the agency world. I recently went to a talk by the head of a Gloucester PR agency who has introduced a four day working week without reducing pay. He says that as a result margins haven’t changed, while sick days have reduced (down 75% in the first six months) and staff are happier. He pointed out that Fridays were largely spent collating results and reports, and technology means this takes less time, so the day wasn’t very productive. As I remember the days when preparing a coverage book really did mean ‘cut and paste’ with scissors and glue instead of using apps like Coverage Book, and we had to look journalists up on paper lists such as PR Planner, I agree he makes a good point!

Dig a little deeper though and it’s not as clear cut. PR means deadlines, last minute journalist requests and the occasional client crisis. What if these happen on a Friday? The Gloucester agency uses WhatsApp groups for each client, which have enabled them to handle anything urgent, and the MD admits that he ‘feels the benefits less’ than his team. This of course means that, although you are free to do other things on a Friday, you can’t be far from your phone. And the MD is putting in extra hours – which no doubt the head of Alibaba would say was perfectly natural! The agency has also reduced actual holiday time by 20%, lunch hours to 45 minutes, and staff will work on the Friday in a week where there’s a bank holiday Monday. To use a cliché, there’s no such thing as a free lunch.

However, while this initiative has its pros and cons, I think it’s a welcome change and shows an agency prepared to move away from the culture of presenteeism which has been a big part of PR for many years. I’ve seen it in both London and regional agencies. There were the husband and wife owners who phoned the office from their holiday late on a Friday afternoon to make sure we were all still there – and we were, but the lack of trust didn’t exactly create strong loyalty. So when they got the time difference wrong and phoned at 4.15 rather than 5.15, we took the call and then promptly all went home! And the big London agency where you were expected to be at your desk well into the evening, when the head of department would then open a bottle of wine as a kind of reward, and where an application from an Orthodox Jewish candidate was rejected in part because they would need to be at home for Shabbat dinner by sundown on Friday, which in winter would be mid-afternoon (this would now be illegal).

As a freelancer, I’ve chose to step away from traditional working hours and inflexible holidays to achieve a work-life balance that suits me. This doesn’t mean I automatically work shorter hours, but I can aim for a balance that meets my financial, professional and personal needs. As we pointed out in our previous post, good relationships with like-minded clients helps. For them, the benefits of working with an experienced freelancer outweigh the occasional absences and the emails sent late at night (although my tip is to draft them and save them, then press ‘go’ first thing in the morning!) And working as part of the Comms Crowd freelance collective means I can take holidays to remote places knowing that our clients will be well looked after. For example, a recent fracture meant I couldn’t make an overseas trip for a client, but a colleague stepped in and delivered great results.

We can’t all be freelancers, but I hope that discussions of four days weeks and the importance of a good work-life balance to mental health will make traditional agencies think hard about their inflexible approach. Perhaps it’s most applicable to regional agencies – as the Gloucester agency head points out, his margins are higher than those of a London agency, which no doubt was a factor in making his initiative work. This could be a smart move for other regional agencies, who often struggle to recruit staff, and the catalyst that finally moves PR from its stubbornly London-centric base. After all, the days when you needed to be in London to meet journalists face to face are long gone.

Most of all, I hope this empowers PRs to challenge traditional working practices. We’re a creative industry, so we need time to step back and recharge our batteries if we’re to deliver the best results.