Where did those nine years go….? 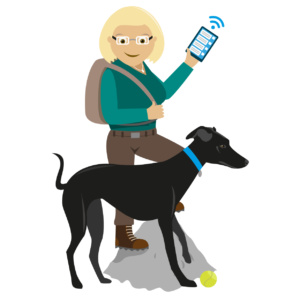 Debbie Smith looks back on nine years as a freelance, including five years as a member of the Comms Crowd.

It seems like only yesterday that I was weighing up what felt like a massive decision. Should I swap my senior role in a national PR agency, with too much travel and time away from home but a guaranteed salary at the end of every month, for the life of a freelance? As I swam lengths in the hotel pool in Turkey on our autumn break, I calculated the sums in my head. If I charged £x per hour, how much work did I need every month to pay the mortgage and bills?

With the encouragement of my partner and my friends I decided to go for it! Nine years on, it was one of the best decisions I’ve ever made. I work with interesting clients and encouraging colleagues (who knew that being freelance didn’t mean working alone?) and have discovered a wonderful and supportive small business community in Cheltenham that I never knew existed when I was commuting around the UK.

Here are three unexpected things I’ve learned which have been key to going from zero business to happy freelancer.

Everyone talks about networking as though it’s incredibly daunting – and sometimes it can be. But when you work from home, it’s important for your mental well-being to get out and about regularly. You also need to keep improving your skills and knowledge, and what could be better than a networking meeting with a speaker on a topic that interests you? If you treat networking as an opportunity to meet like-minded people and learn something new, rather than a hard sell, it immediately becomes something to look forward to. Of course networking groups vary massively; it’s important to be selective and pick the ones that are right for you, but there are plenty to choose from.

I also discovered Local ‘Laptop Friday’ co-working sessions. These continue to provide a weekly opportunity to chat to other freelancers and small business people and bounce ideas around, all for the price of a good coffee.

2. Be bold and reach out to strangers – many of them will help you

When I first started freelancing, I took a deep breath and contacted everyone I thought might be able to help me. One former client put me in touch with two freelancers he used, as he thought they were part of a network I could join. The one I knew wished me luck; the one I’d never met referred me to someone who ran a communications consultancy. Before long I was meeting her for an informal chat, which swiftly led to a fascinating and lucrative project for an international bank.

My work with The Comms Crowd began in a similar way. After reading an interview with Sam, I cheekily emailed her suggesting a coffee. She politely replied to this stranger saying “not yet”, but a year later decided the time was right to meet. As I hobbled into London recovering from a broken toe, I wondered what on earth I was doing, but we immediately hit it off and the rest, as they say, is history!

3. To enjoy media relations, you just need the right clients

Media relations has never been my favourite aspect of PR. It’s partly based on being forced to do the dreaded ‘ring-round’ when I first started and didn’t know any better. And if you’ve worked for an international agency, you’ll know the stomach-churning moment when you’re told that a US executive from a client is coming to the UK in three days’ time and wants you to arrange for him/her to meet key journalists, including national press, even though s/he has no news whatsoever.

However, it’s a completely different situation when you’re pitching thought leadership for clients who are experts in their field and have something interesting to say. You also have the freedom to decide which organisations to work with. If it’s not your area of expertise, or they want the impossible, you can politely say No (and ideally suggest a better approach).

So as I move into year ten, I’m still enjoying media relations and still reaching out to strangers, including those I’ve met when networking – most recently the IP expert I sat next to at a cyber event in early March who turned out to be the ideal person to help a new client in April.

Of course I’m looking forward to when I can actually meet people for coffee again, even though no doubt it will be at a 2m distance!