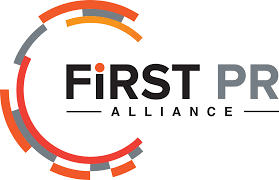 Jo Detavernier, vice president  of Swyft our US partner and founding firm of our global network, First PR Alliance  provides this helpful two part guide for UK tech companies on how not to get lost in translation when venturing across the pond:

Part one UK marketing to US: Common pitfalls

Promoting services and products on the American market looks at first sight very close to how it is done in  the UK. Are Americans B2B buyers not comparable to their counterparts across the pond? And are the best means to reach them the same as in the UK? Perhaps surprisingly, the answer to both questions is a resounding ‘NO.’ UK companies need a dedicated American marketing and PR playbook if they want to be successful on the American market.

So in the next two posts we look at what not to do and what to do to crack the US market.

What UK companies do wrong (most of the time)

Trying to ‘boil the ocean’ is an American expression referring to the trying to accomplish an insurmountable task, or making a project unnecessarily difficult.

Here’s the thing, the American market is simply way too large for any European company to attack all at once, at least not with the kind of budget one normally allocates to attack a single European country (or even Western Europe for that matter).

Omar Mohout, a prominent Belgian professor in Enterprise who teaches at the Solvay Brussels School of Business and Economics, recommends that European companies first target one specific American socio-demographic or geographic segment. For instance, say you developed a SaaS accounting solution perfect for small and mid-sized professional services organizations in the US. You might choose to first target only American law offices in a handful of major metro areas rather than attempt to sell the solution across multiple industries and geographic markets. In other words, figure out how to thrive and be successful in one specific niche, possibly one specific geographic market (for example, the state of Texas). Then you will have something to show when it’s time to convince investors to participate in your next big push to grow market share. Both your organic growth and the extra funding will help make the next chapter in your American expansion story become reality.

This second mistake is closely related to the first one. Not picking a segment that is small enough for you to thrive in will cause you to underfund your marketing and PR effort. But even the ones that do manage to pick a realistic segment will unfortunately often commit critical budgeting mistakes. For instance, marketing and PR agency costs run higher in the United States than they do in the UK (especially if you are contracting agencies on the West and East Coast). It stands to reason that the cost of any effort aimed at brand awareness and lead generation in one European country is much smaller than attacking the EU as a whole. The same rationale applies to the US, only on a potentially larger scale

The per unit cost of acquiring leads may vary in the US as well, if only because the degree of competition in the tech space is incredibly intense. Even the cost of sponsored posts in national trade websites will cost much more than counterparts in Europe. Google Adwords campaigns are tricky given the competitive nature of many U.S. tech businesses; it’s not uncommon for bidding amounts run so high as to make the ROI on leads untenable. Talking about Google AdWords, is about 13% more in the US than the UK.

What can you do to avoid underfunding your marketing efforts? Aim for what you can reasonably afford — don’t attempt to overreach on market size and in the process underfund the effort. Do plenty of research into your target market and what works and doesn’t work when it comes to marketing and PR. Don’t be shy about reaching out to local agencies for advice. What you learn from them could be the difference between success and failure.

Well we do share a language but speaking the right language doesn’t only pertain to how things are said. It also has to do with the core messages of your marketing campaigns and the manner in which you articulate them. Clearly American culture is very different from  UK culture. A simple edit of a brochure or website into American English will not suffice. You have to ‘think’ like an American to attract their attention in an authentic way. Otherwise, you risk alienating your target audience within seconds.

You have selected a segment that you want to target, but now the work begins. You will need to select the best mix of channels to achieve your marketing and PR objectives given your budget and target audience. If you are new to the market you will have to spend a majority of your time creating awareness. Don’t forget to track your inbound leads and properly attribute their source (e.g., Twitter ad, Google AdWords campaign, trade show, etc.) in some kind of spreadsheet. Fortunately, many marketing automation platforms (HubSpot, Pardot, etc.) do a reasonably good job at lead attribution. That said, lead attribution will only partially help inform your marcom spending decisions. Take SEA (Search Engine Advertising) for example: For European marketers, SEA equals Google AdWords. But Bing had in January 2018 a 23.7 % share of the American search engine market (source: Statista). While it’s not the largest search engine in terms of search volumes and ad spend, you can’t afford to ignore it in the long run if you hope to pick up market share against your competitors.

Now we know the mistakes to avoid, the next post will look at how UK companies  should write their American marketing and PR playbook.